In The Beginning There Was Infrared Light

My first camera was a Sony F717 bridge camera bought in 2004 and it was bought as a form of therapy. After 27 years serving as a front line fire-fighter my body was starting to suffer and I could no longer play golf or use a gym to keep myself fit for work. I decided to change my exercise routine and take up walking instead so I sold my golf clubs and bought the camera to record my days walking in the countryside. 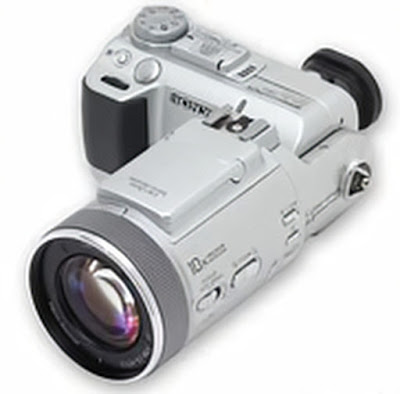 Why Sony? Sony have always been innovators and push the boundaries of photography. Before the introduction of tilting LCD screens common on today's cameras the F717 had a tilting body which drew me to the camera. It made taking low level shots easier on my aching joints. What I subsequently learnt by accident from reading the Sony forum of DPReview was that the cameras "Nightshot" mode which allowed the user to auto focus in the dark could be utilised by screwing an NDx4 filter and an R72 infrared filter to the lens. By doing so you could capture daytime infrared photographs. When I tried it out myself I was instantly hooked on the invisible World of infrared photography.

The images from the F717 were only 5mp JPEG in those early days of digital but it produced some images that I'm still proud to have taken 14 years later. I've always loved the challenge of digital infrared. Imagining the shot in infrared before capture. Choosing the right subject, as not everything suits the infrared treatment. The swapping of the red / blue colour channels to produce a blue sky and finding a work flow that would overcome the noisy and soft JPEG images out of the camera. As much as I tried, the colours out of this camera were quite weak and my best images were usually those that were converted to monochrome.

After a few years I found that the limitations of the F717 were holding me back and I bought my first DSLR and kit lens, the entry level Minolta5D with in body image stabilisation. It meant leaving infrared photography behind for a while. When Sony subsequently bought the Minolta brand and A mount I bought the Sony A700 as my main camera and had an A200 permanently converted to the standard 720nm wavelength of infrared by Advanced Camera Services in the UK. My love of infrared was rekindled.

The Sony A200 served me well but I eventually switched from Sony A mount to E mount mirrorless cameras and the A200 has been replaced with two Sony A6000 cameras. One has been permanently converted to the 590nm "super colour" wavelength and the other to the 720nm standard wavelength of infrared. From those early days of infrared discovery with grainy and soft 5mp JPEG's I can now capture 24mp Raw files with the ability to see the shot in infrared in the viewfinder before capture.