In May 2017 I visited the Lake District with thirteen other members of Hoylake Photographic Society for a long weekend staying at the Field Study Center at Blencathra outside Keswick. On our first day at Blencathra the weather was grey with no interest at all in the sky making it unsuitable for good landscape photography. The best advice I've received from top landscape photographers over the years is, "If the sky isn't adding anything to the image then leave it out and shoot detail instead" and that's what I did.

Our group had made a list of interesting places to visit during our long weekend as each had their own photographic interests and on the list was the Threlkeld Quarry and Mining Museum which was only a few miles from our base just off the main A66 road into Keswick so a group of us decided to spend a few hours there before moving on and it proved to be a good decision. 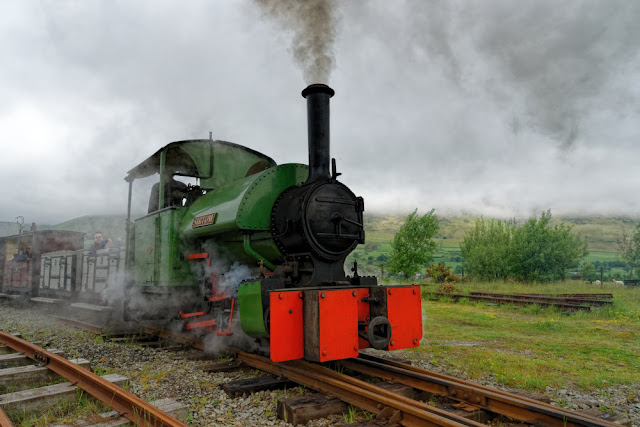 Opened in the 1870's to provide ballast to the railway industry the Threlkeld Quarry was closed in 1992 and it's become a museum largely run by volunteers. The extensive grounds are a home to vintage mining machinery, there's a narrow gauge steam railway, tours underground and a small museum.

If there's one thing photographers love it's rot and decay whether it's in buildings, boats or vehicles and Threlkeld had plenty of detail to capture on a grey sky day. 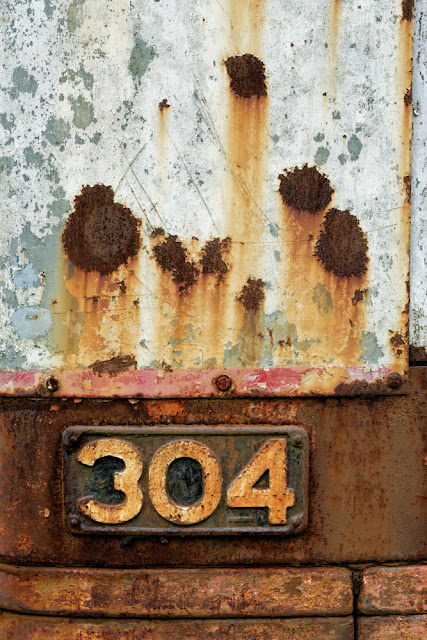 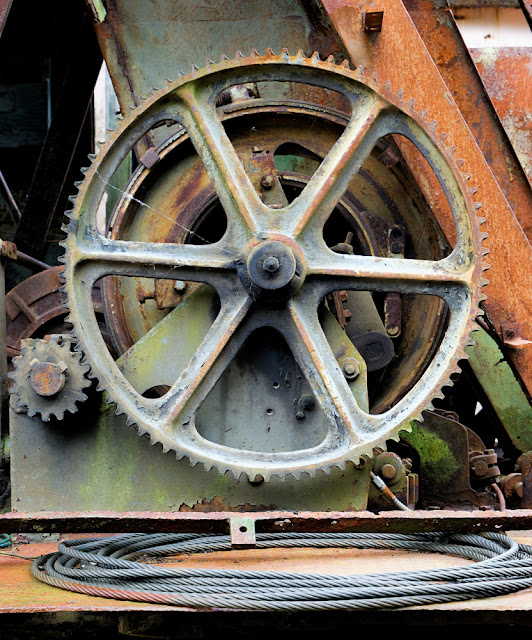 It was a good test of your photographers "eye" wandering around the derelict cranes and trucks picking out good compositions of flaking paint, cogs and rust. Two hours went by in a flash. When you're on a trip with a group who are car sharing there's always a compromise to be made and you have to move on to another location agreed by the group so time was limited. Another disadvantage of travelling as a group from the same photo society is that you're all taking the same photographs unless like me you're the only infrared photographer. 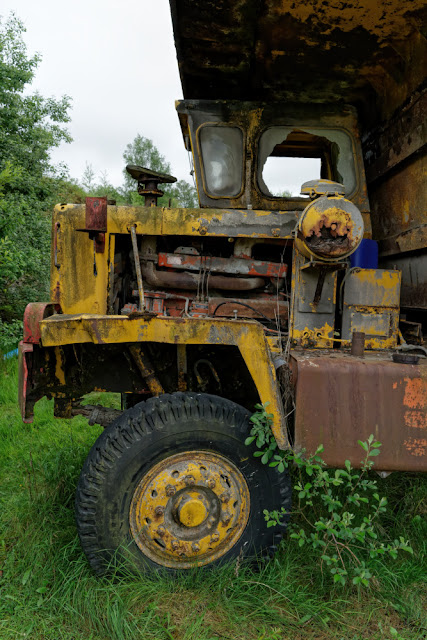 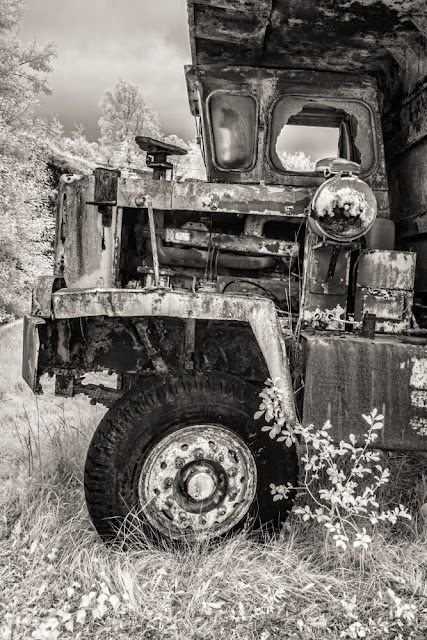 Having spent two hours photographing in colour I was told that the group were leaving in 15 minutes. I always take two cameras on a trip and I was using a Sony A6300 mirrorless and a Sony A6000 infrared converted camera. The A6000 had been permanently converted to the 590nm "Super Colour" wavelength of infrared and these shots taken at Threlkeld were captured with a B+W 0.93 infrared filter on the lens converting it to 830nm pure monochrome only infrared. 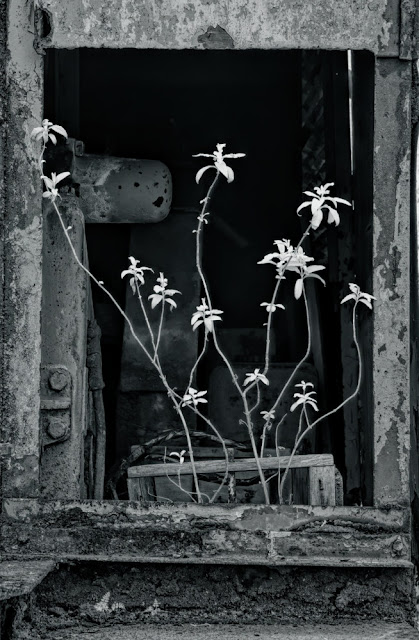 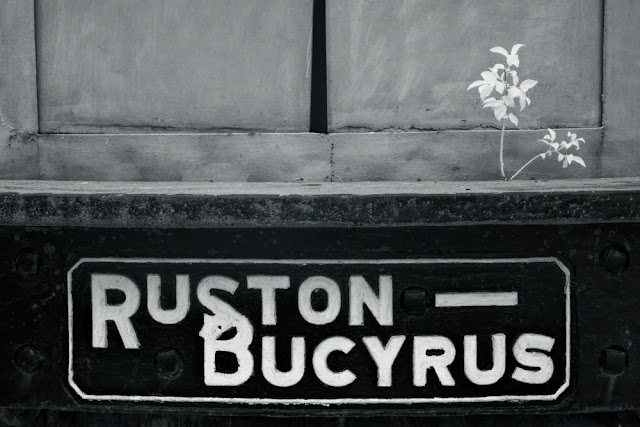 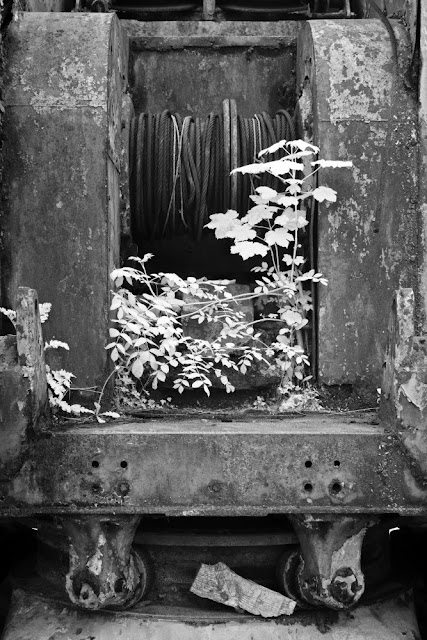 On the day the light was bright but with an overcast sky giving soft even light with no harsh shadows which was ideal for these infrared photographs. There are times when you want to highlight the strong colours in an image and there are times when the simplicity of monochrome infrared is best. Nature reclaiming these derelict machines would have been lost in a colour photograph. 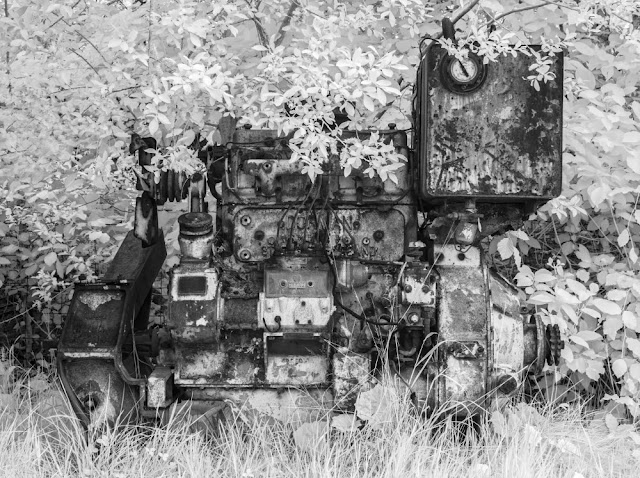 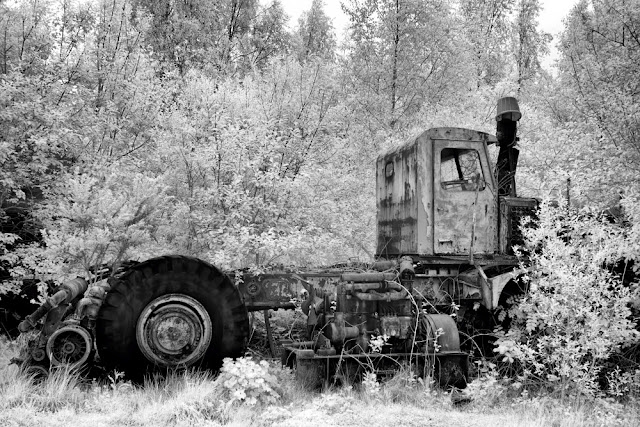 When people think of infrared they envisage rolling landscapes with fluffy clouds and white foliage on trees but infrared is best when there's hard landscaping, bodies of water or inanimate objects to give contrast to the white otherwise the image can be a total white out with no focal point. Threlkeld was the perfect subject for infrared. 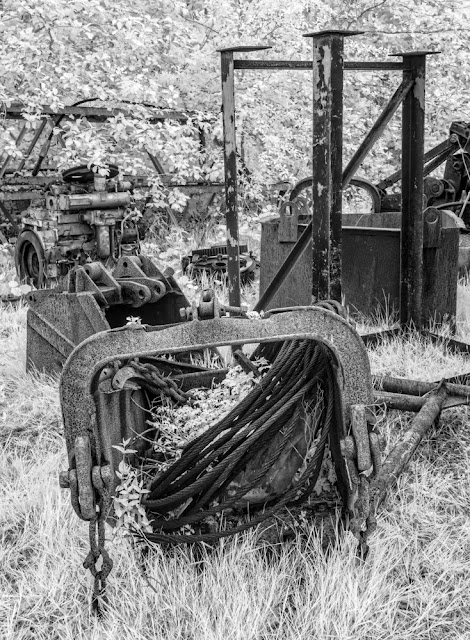 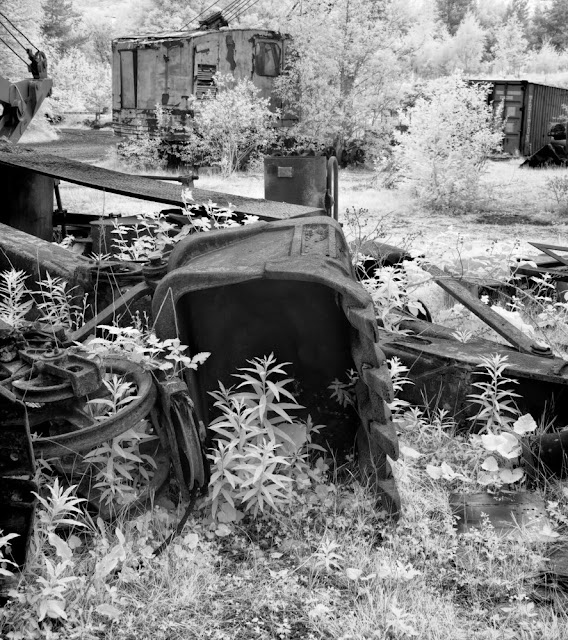 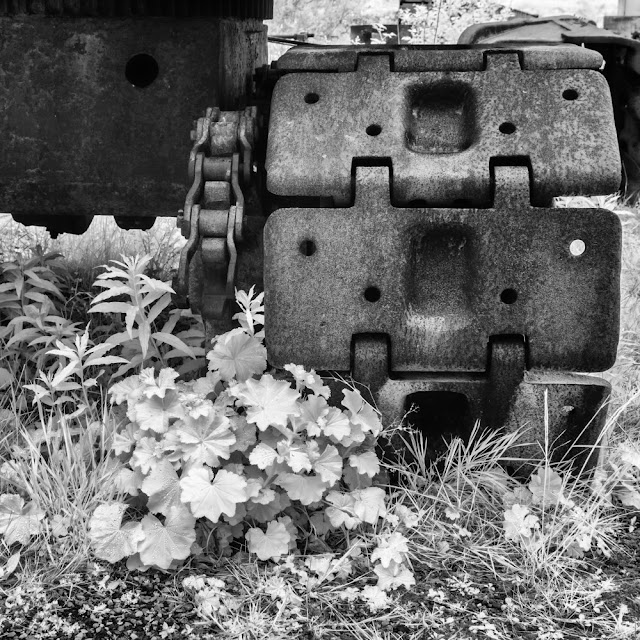 Shooting infrared in 830nm wavelength of light results in slow shutter speeds and a tripod is recommended but I didn't have much time so these were all taken hand held. Neither the A6000 or the lens had stabilisation and luckily there was no wind at all so a steady hand and controlled breathing helped to get theses sharp images. As I'd already been around the site shooting in colour I already knew the shots to get in infrared and I was able to achieve what I wanted in the 15 minutes before we moved on. It was a good start to an enjoyable weekend.